Hello everyone. Thank you for coming to my channel. My name is Mai and you’re listening to everyday English Note. This is my English Diary for the 5th of June 2022.

The flight was okay. It was a little bit bumpy, but it was fine. The plane was nearly full. And it was the first direct flight from Tokyo to Montreal since August last year. So they had a ceremony to celebrate the relaunch.

Entering Canada was not complicated. I just needed to submit my vaccine proof onto the specific app that the Canadian government required. And after arrival, I had to show the QR code on the app to the officer, and then, I went through to passport control. But, after completing the form on the machine, an officer said I had to queue up for to see an immigration officer in a separate room. The room was full of people and I was not very happy. I thought I had everything I needed, but I didn’t have any choice.

They had lots of planes arriving at the same time of the day. There were lots of passengers at the airport. And after queuing up about 15 minutes I met an officer in the immigration room. He asked me if I had applied for a new PR card which is the proof of permanent residence. I said yes. I had sent all the documents just before I left, which was 2 months ago.

He said that my old card which I had with me at the time was cancelled after the renewal of my card. That’s why I had to go to meet him. He did something with my PR card and then I was allowed to go.

In the end, I didn’t have to wait at the immigration office for long, but I had to wait again to collect my bag. It took a long time until the check-in baggage came out to us, which is quite normal at Montreal airport.

Anyway, I got out of the airport without any test for Covid and met my husband. He had the car and we drove home. The good things were that my new PR card was delivered and I also received a 500 dollars cheque from the Quebec government. I didn’t know that before, but they gave everyone some money because the prices have gone up a lot.

Either way, it is a nice surprise to receive money. It was a shame to leave my family and Japan, but it is always good to be home.

Alright, thank you for listening. I hope you enjoyed today’s episode. As I came back to Canada, I am going to talk about life here in Canada for the coming months. As usual, you can see the English script of this episode on my website, everydayenglishnote.com.

Thank you again, and have a good day. Until the next time, goodbye! 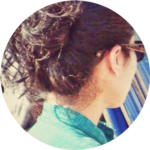